Dorothy Shindeldecker has been a loyal Cultivate client for over 20 years, utilizing the Fix-It and Carry-Out Caravan Programs. Originally born and raised in Pennsylvania, she now resides in Boulder. At the amazing age of 102, she is still described as, "having the strength of Paul Bunyan”; a strength she attributes to working hard her whole life.

Dorothy grew up on a farm in Pennsylvania. Living on the farm was hard work and humbling. Unlike her three younger siblings, she was expected to help maintain the property; this included driving the horses and operating the machinery with her father.  Her family grew, baked, and canned most of their food and tore up old clothing to make into rugs.  She had to walk three miles to attend school, but unable to bear the trek in the extreme winter conditions, she quit school at the age of 16.

Dorothy is a jack of all trades; to earn money, she did housework for others and found miscellaneous jobs until she got married at 20 years old.  When World War II began, she worked in a factory and cared for her two young daughters while her husband was deployed, serving in the Navy.  When the war ended, the men reclaimed most of the factory jobs, but fortunately, Dorothy was still able to find work.  She worked at Brockway Glass packing bottles for 15 years and her starting wage was $0.74 cents an hour.  She is amazed at how times have changed.

After Dorothy’s eldest daughter graduated from high school, the family drove to Chicago in their mobile home; the suburbs of Chicago would serve as their home for 10 years. Dorothy cleaned surgical instruments in the basement of a hospital and eventually worked her way up to being a nurse's aide and assistant in the surgery rooms.

After their time in Chicago, the family moved to Colorado Springs to be closer to their daughter.  Dorothy, again, worked in hospitals until she retired and moved to Boulder.  After selling the mobile home, Dorothy moved into assisted living and has been living there for the past 20 years.  She is very active in her senior community; she started the weekly Carholic service, domino group, and even ran a juice cart!  Dororthy enjoyed doing a lot of craftwork and baking in her younger days.  She is known for her delicious homemade bread and admired for walking her third and last Bolder Boulder 10K race at the age of 80.

Dorothy is incredibly grateful for Cultivate, especially the Fix-It and Carry-Out Caravan programs.  Cultivate volunteers have helped install grab bars, fix her walker, and deliver groceries.  Dorothy has missed seeing the Carry-Out Caravan volunteers and welcoming them into her home when they delivered her groceries. She is looking forward to interacting with volunteers once the pandemic is over.  She appreciates the companionship of all of the volunteers who help her and even thinks of Cultivate as her second family.

Pictured: Dorothy as a child on the farm 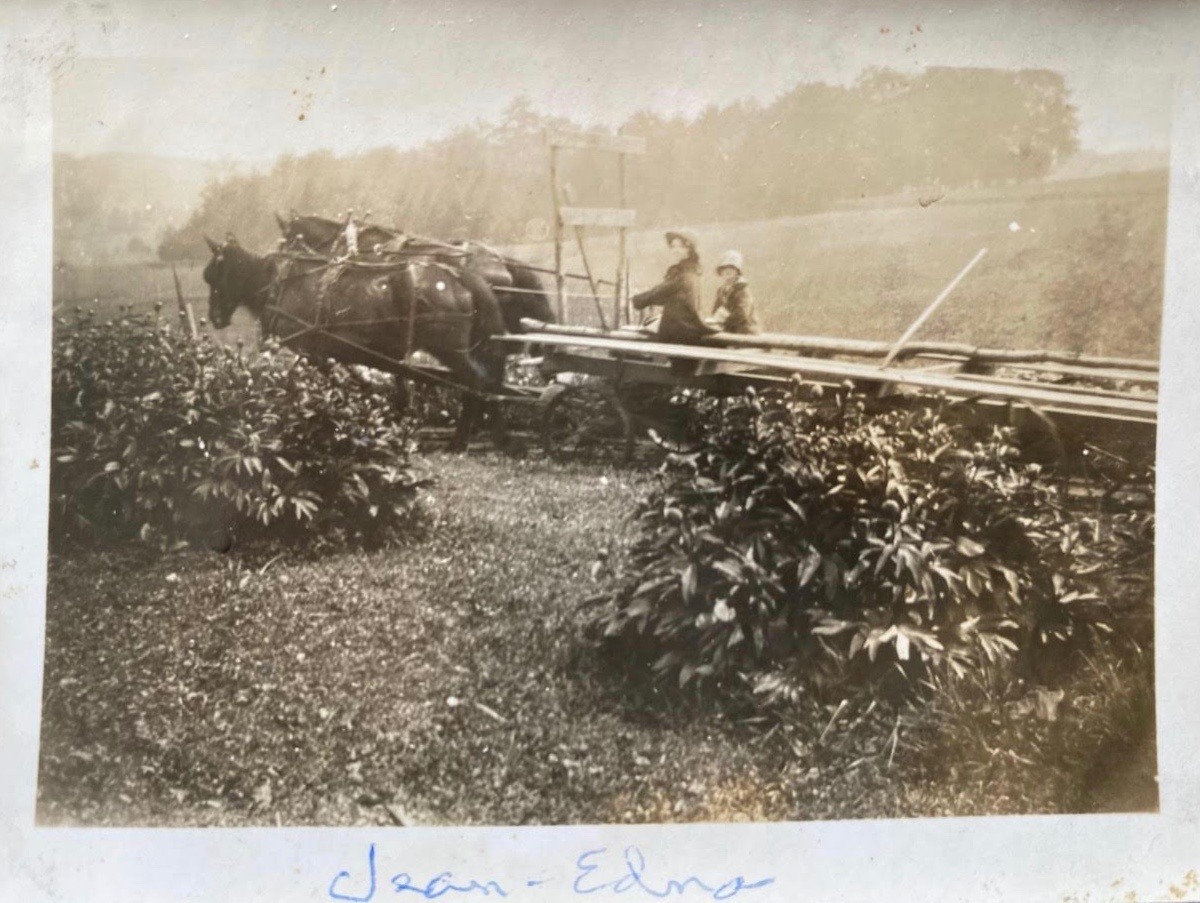