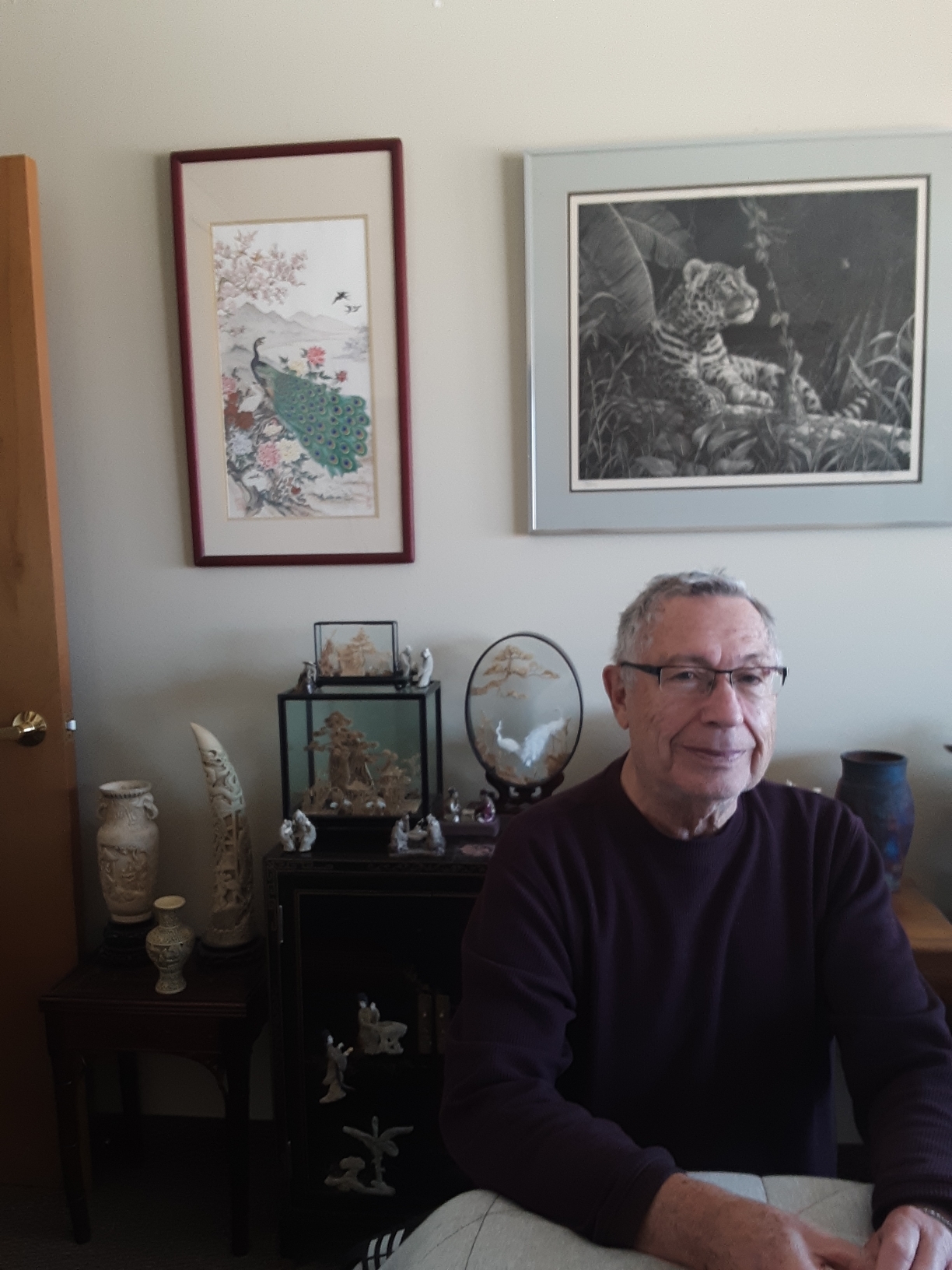 This month's Client Cameo is Sheldon Link, one of our VetsGo clients.  Sheldon was born and raised in Brooklyn, New York and is a self confessed "trouble maker" because at first meeting, he could seem pushy or outspoken for saying and doing what he wants.   But once you get to know him, you realize he only has the best intentions, a great sense of humor and a good ego.  Rarely does he get upset over things, and his greatest happiness comes from making someone laugh.

Sheldon received both his Bachelor's degree in Economics and his Master's degree in Education from Brooklyn College.  He taught Junior High School for three years before enlisting in the Army Reserves, in which he served for 6 years.

After serving, he married and moved to Phoenix and Las Vegas where he worked as a Wage and Salary Analyst before having 3 children and settling in Los Angeles.  It was there that he landed a job at NBC doing Human Resources before transferring to working in the Program Merchandise Department.  He worked with producers and national companies to gather prizes for game shows such as Wheel of Fortune and also helped provide the wardrobe for the host Pat Sajak. Sheldon believes you should "take advantage of opportunities while you have them," which is exactly what he did after NBC dissolved the department he was in.  During his time at NBC, he was able to gain enough knowledge and had enough contacts to be self-employed doing the same work and for other game shows like Price Is Right and Let's Make a Deal.  Working with a wide variety of companies from Tiffany & Co. to skateboard companies, he thrived in trading their products as prizes for free advertising on game shows.  Sheldon continued to excel and work in that capacity until he retired about 8 years ago.

After retirement, Sheldon moved to Colorado in 2012 to be closer to his son who lives here and has been living in Boulder for the last year and a half. The three words he chose to describe him the most are: spoiled, happy and outgoing.   Since moving into independent living, he is spoiled to have met his girlfriend Elaine the week after he moved in.  He is happy because he doesn't let things get him down, and he is outgoing because he always acts on opportunities right away.  He is an avid collector of fine art glass and Asian artifacts.  Prior to COVID, he enjoyed going to auctions and estate sales but now enjoys simple things like being able to walk to the grocery store and spend time with his girlfriend.  He attributes his good health to Cultivate's VetsGo Program which helps him get to and from his medical appointments.