My grandmother Dorothy, or Dottie as she’s known to friends, always smells like flowers and scented fabric softener. Her house is decorated in warm earth tones, soft pastels, flowers, and pictures. The pictures cover the tables, the walls, the refrigerator, and any other flat surface that could use a framed image or ten. Looking at them, I see myself grow from infancy to adulthood.

As I’ve grown from a child into an adult, my relationship with Dottie has also grown. Our conversations are no longer dominated by detail-heavy descriptions of my best friend’s 10th birthday party or complaints about 9th grade math class. Now, it’s my turn to listen to memories made over 87 years. And those stories have given me a deeper connection to the person behind the title, “Grandma”. 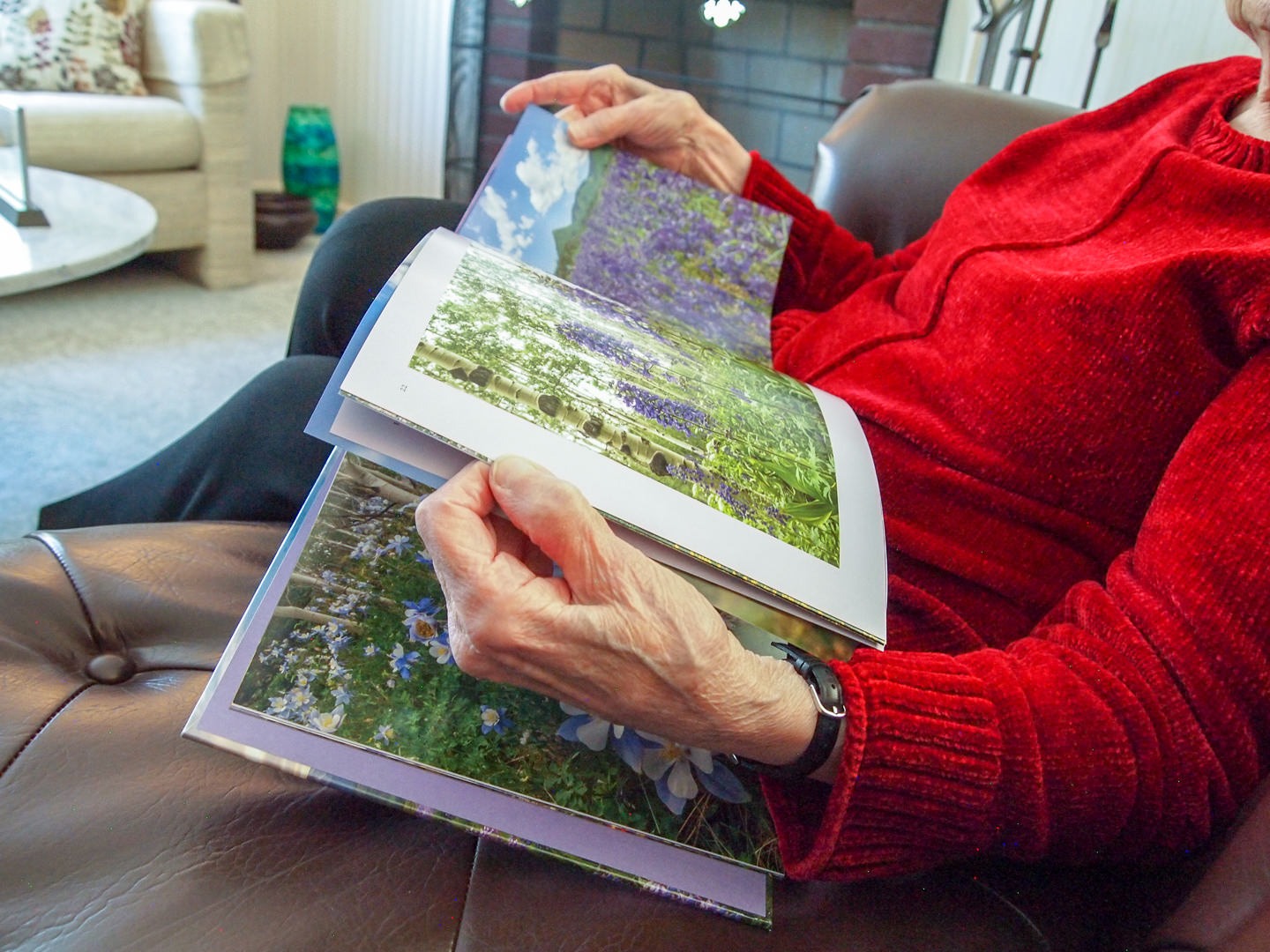 Dottie sits with me at her round kitchen table, covered by a tablecloth and two small plants as a centerpiece. She makes a face when I ask to record our interview, and then agrees, calling me Sunshine—her pet name for me since I was a baby.

Dottie was born and raised in central Connecticut. She is one of four girls, and lived on the second floor of her grandmother’s house. Her parents and grandparents all travelled through Ellis Island, immigrating to America from Czechoslovakia. “My mother heard that the streets were paved with gold here. When she came she realized it wasn’t true,” Dottie says. “She worked so hard all of her life. My parents were very generous. My dad made us cradles for our dolls. And the food was very nourishing and plentiful, all from the garden.”

Dottie describes the story of her childhood almost solely through the garden in her backyard. “We had every kind of fruit tree,” she says. She smiles and waves her hands through the air as she talks, skimming the treetops that live in her memories. “Grandma had strawberries in the garden. We had gooseberries. We had chicken coops. And we had an angry rooster who always used to jump at me and my sister.”

Everyone in Dottie’s family had a green thumb—a trait that skipped my brother and I entirely. Her father and grandfather shared their backyard garden while Dottie’s grandmother shared her wealth of knowledge about flowers. What began as a young girl learning from her elders blossomed into a life-long love, one that’s obvious in the way Dottie’s eyes light up as she describes the flowers and gardens she’s grown throughout her life.

After graduating from high school, Dottie followed her best friend into nursing school. “It was very hard,” she says. “I was intimidated by everything. I was a follower. As the oldest, I had to discover everything for myself.”

While training as a nurse, Dottie met her husband. “We started dating and I slowly fell in love with him. He would get a new convertible every year—he’d trade them in. And my dad said, ‘Are you going out with the guy or the convertible?’ And I said, ‘Both.’ It was ridiculous,” Dottie laughs. She had twenty-three years with her husband, who she calls Bubbie, before losing him too early to a heart-attack. She still wears her wedding ring, engraved with the words, Love eternal. 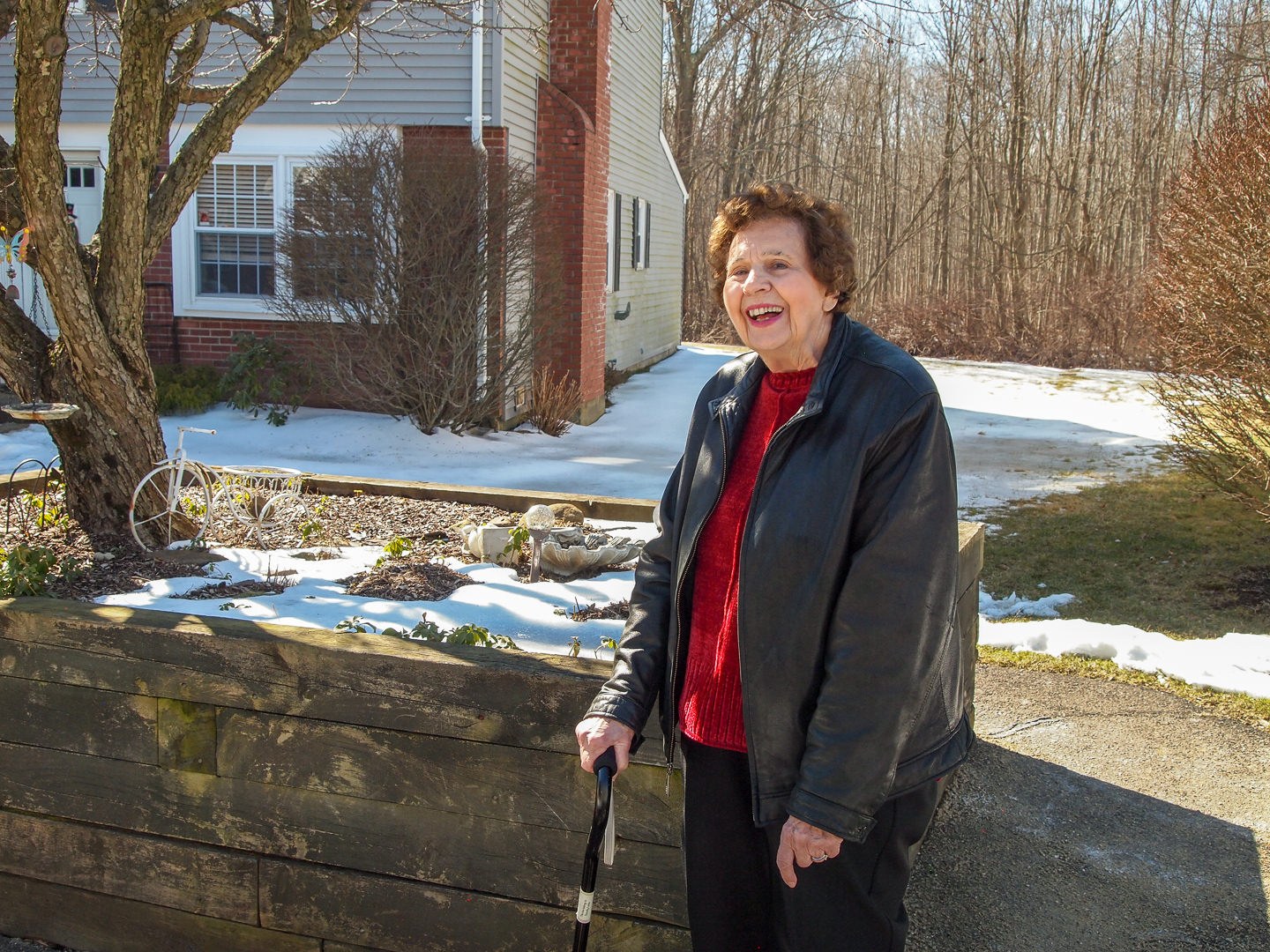 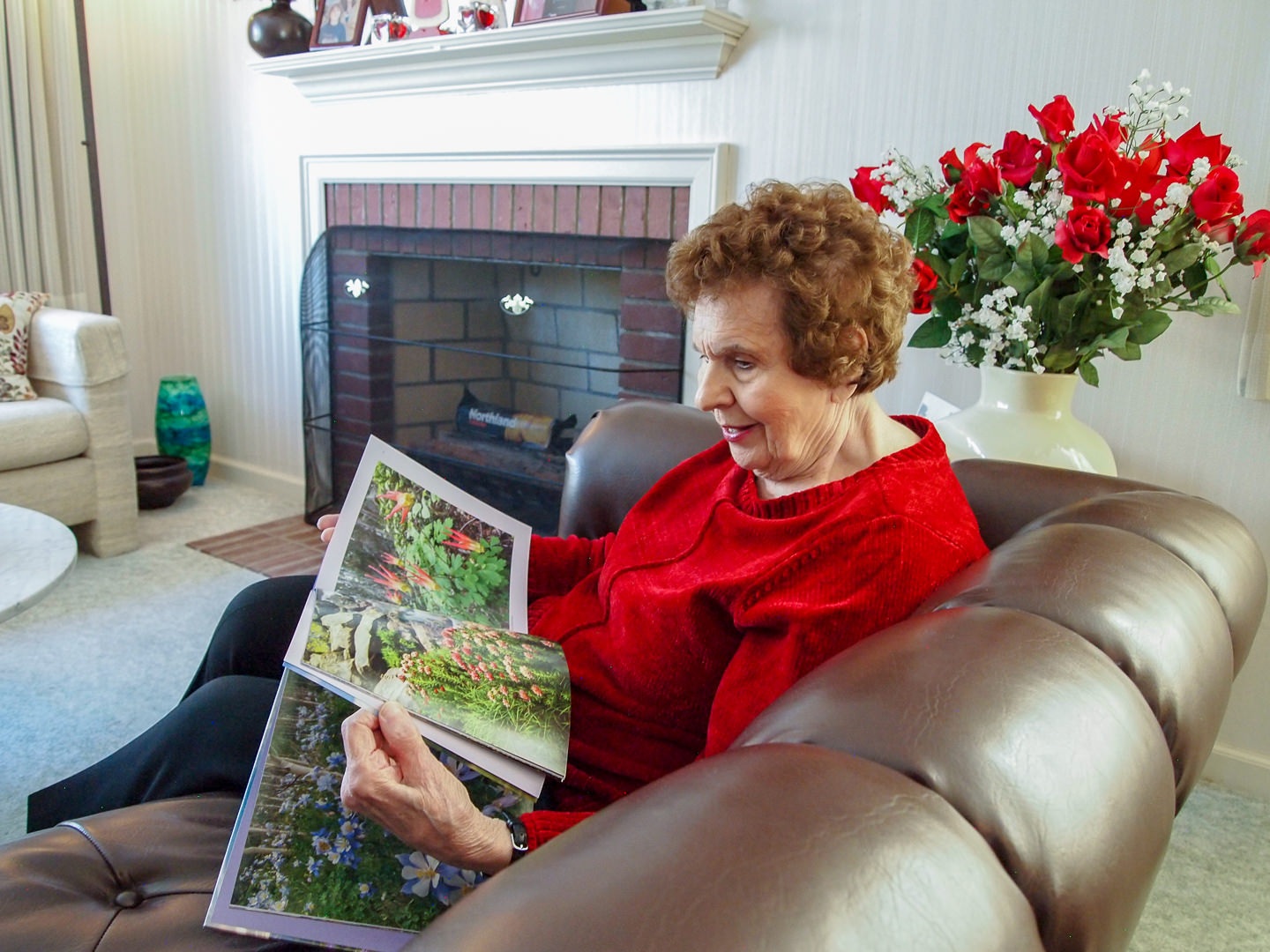 “When I think of my age, my heart feels like it should be 35,” Dottie says, when I ask her about getting older. She gets frustrated by the medical issues that oftentimes accompany aging, and I notice the changes in her health and physical mobility each time I visit. “I’ve had so many happy moments and wonderful times. And there have been hard times, too. But the good times, those are the ones that surface and remain with you.”

My grandmother has always played a prominent role in my life. We met for the first time when I was six weeks old, after my parents bravely took on the cross-country flight to bring me to Connecticut, to the house my grandmother still lives in. I was wearing a tiny santa suit.

Just as my grandmother’s house is filled with snapshots of the past, so are my memories of her. Spending lazy winter mornings watching The Three Stooges in my grandmother’s room. Licking whipped cream off my fingertips at her kitchen table after devouring a homemade angel food cake. And every little holiday package that has arrived on my doorstep filled with chocolate, a new hand towel, and always smelling like grandma’s house.

At times, it’s difficult to watch my grandma getting older. It’s hard to see her in pain, dealing with conditions like arthritis, where there’s little I can do to ease her discomfort. And she’s often frustrated by what’s second nature to me. “ I don’t understand a damn thing with technology,” she grumbles—as elusive a concept to her as walking uphill both ways to get to school is for me. “Soon we’ll all be flying through the sky like Mary Poppins,” she jokes about our fast-paced world.

Change is inevitable, Dottie reminds me throughout our interview. So you stick with it, and hold onto the good memories you make along the way. Dottie reminisces often in our regular cross-country phone calls. Many of the stories she’s told me are ones I’ve heard many times before. But they never grow old. Maybe that’s what it comes down to—the memories that never age even as our bodies do.

Melanie had the chance to visit her grandmother in February, after more than a year since her last visit. Melanie is our Communications Specialist, and manages our blog. When the chance arose to share her grandmother’s story and impact she jumped at the idea. Stop back in the future for more stories from our staff about the seniors who have made an impact in their lives.

Is there a senior who has made an impact in your life? Give them a shoutout below and we’ll feature your comment on Twitter with #seniorimpact.